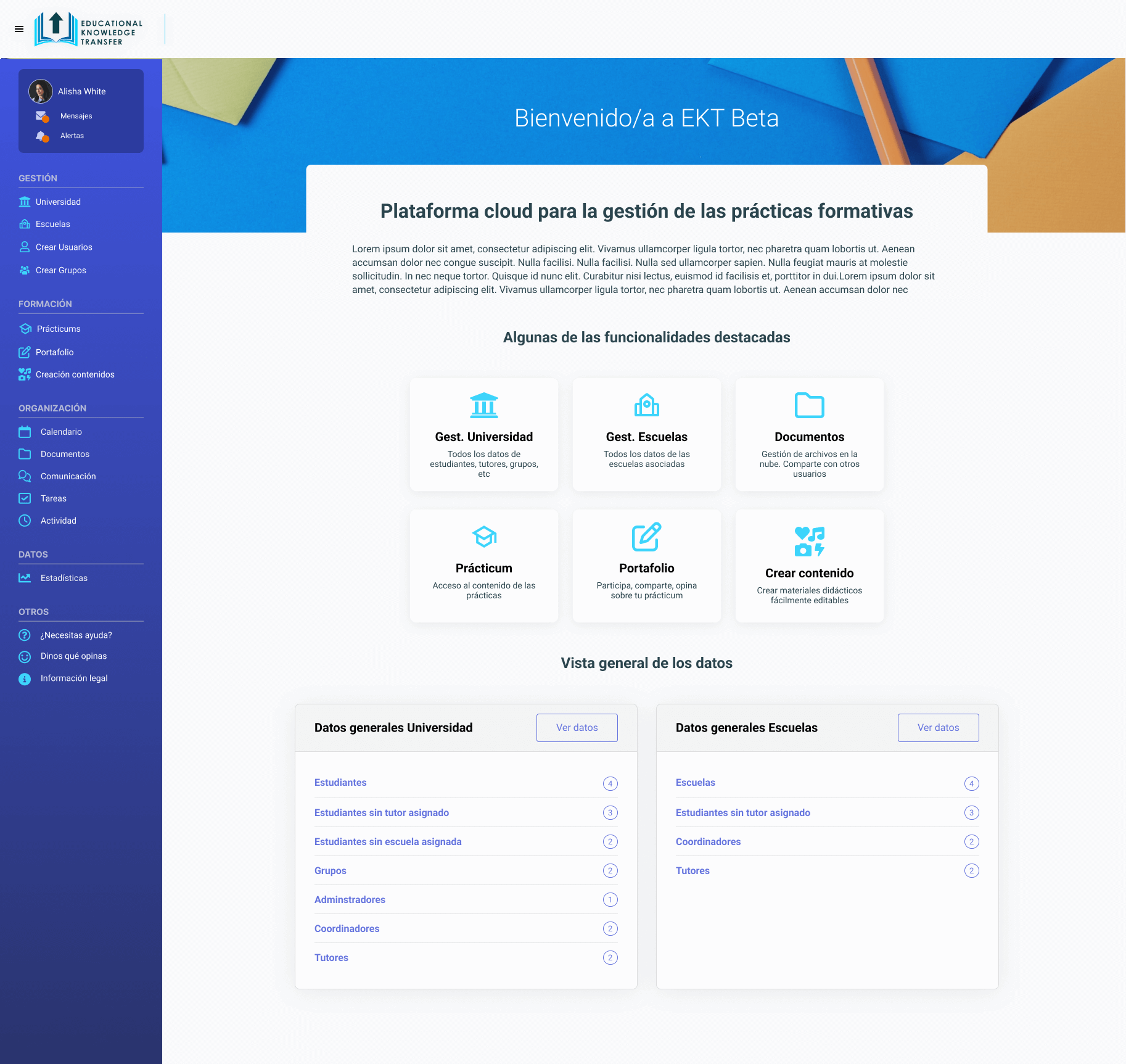 Work in progress on the final interface of the EKT platform

In December 2022, a workshop of the EKT project coordination and the technical team responsible for the development of the EKT intelligent system for internships, i.e USC, CESGA, LUSOINFO II MULTIMEDIA, BEEZNEST took place in Vienna. The EKT intelligent system represents one of the central products of the project. Due to its technological complexity and innovative potential it is being developed in three phases.

In the first phase Version 1 was developed as a result of the diagnostic analysis of needs expressed by the internship tutors (university and school) during the academic year 2020/2021.

A second phase derived from the first cycle of pilot experimentation in the academic year 2021/2022 implemented in initial teacher training institutions in the five participating countries (Spain, Austria, Portugal, Ireland and England) during school placements. This piloting round resulted in an improves version 2 of the system.

In the current academic year the third and final version of the EKT system will be developed, as well as a further product, the EKT app for interaction of student teachers and tutors on mobile devices.

During the two working sessions, with the expert advice of the graphic design and usability specialist who is part of the development team, relevant decisions were taken that will give a new impulse to the system, providing it with a new interface that will integrate all functionalities and tools, making them technically and visually operational as a single system. It must be noted that the EKT system has managed to integrate several technological platforms and multiple tools and functionalities, making them interoperable from a common interface and sharing data. This new technological challenge will have an impact on the user experience by improving navigation, understanding of the system logic and user experience.